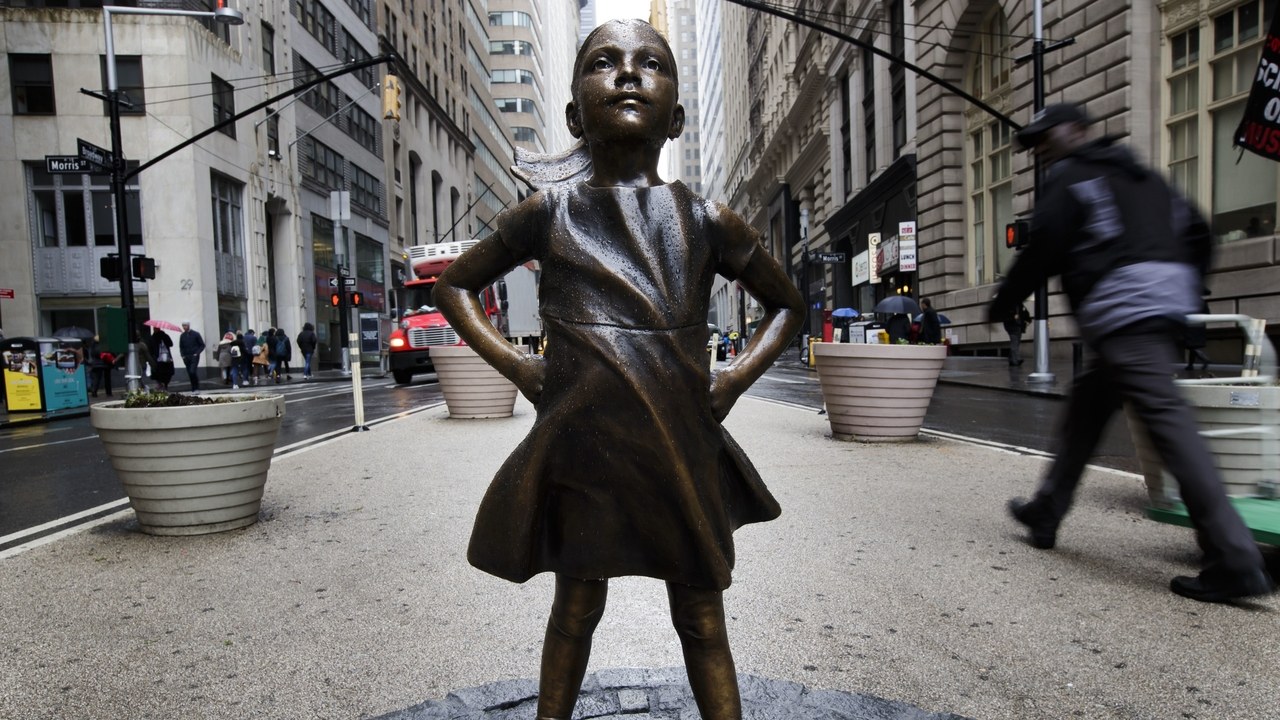 The ‘Fearless Girl’ statue was unveiled in Melbourne ahead of International Women’s Day on 8th March.

The iconic ‘Fearless Girl’ statue has been unveiled in Melbourne’s Federation Square in the lead up to International Women’s Day. The bronze statue of a young girl standing defiantly, hands on hips, has become a symbol of female empowerment. The original was placed staring down the famous ‘Charging Bull’ on Wall Street in New York.

However, the Fearless Girl belies the harsh reality of what it’s like for girls growing up in a sexist world. Women know the story all too well. Every day we wake up to gender inequality, stemming from long-held sexist beliefs and attitudes. We see sexist portrayals of women in media and popular culture because women are primarily valued for their looks. We see women doing the vast majority of work in the home without pay, because it’s ‘women’s work’ that ‘has no monetary value’.

Now, just imagine what it’s like for a girl growing up in this world. How does all of this shape her self-image? New data from leading girls’ rights agency Plan International Australia shows that girls suffer a dramatic loss of confidence as they grow up. It begins around puberty and continues to worsen throughout their teenage years until adulthood.

A survey of more than 2000 Australian girls and young women aged 10 to 25-years old conducted by Essential Research for Plan International Australia in 2017 shows worrying trends. It shows that, while 50% of 10 to 12 year-olds reported feeling ‘brave’, that figure plunges to just 28% for 17 year-olds. By the time they’ve reached 22 to 25 years of age, only a fraction consider themselves ‘brave’, at 18%.

This research won’t come as a surprise to Australia’s women. It rings true to my own experience. The growing pains of leaving behind my childhood were compounded by the revelation that I was often unsafe because of my gender. At 13, my Mum taught me how to brandish my house keys as a weapon. By the time I was 15, I knew from experience that it was best not to smile at men on the streets because it could seem provocative rather than friendly. It didn’t matter that I was still very much underage because I had started to look like a woman. By the time I was 17, years of first-hand experience meant I was cautious about how I dressed for a night out.

The loss of fearless girls

It’s tragic that in the years in which girls are trying desperately to establish their identity and understand the world around them, their childhood fearlessness slips away.

We all suffer the loss of fearless girls. Half the worlds are girls or women. If they don’t have the confidence to speak up, to push against gender barriers, or become the women they want to be, everyone loses out.

We teach our daughters to be fearful because the world is a hostile place for women, and then wonder what happened to all of our fearless girls. Melbourne’s own Fearless Girl should indeed be celebrated for what it symbolises: the bravery that every girl should feel. However, it should also be a call to action – we need to call out sexism and continue to push for gender equality. Girls should have every opportunity to grow into the women they want to be, to live in a world where they have nothing to fear.

When I Became A Woman, My Body Stopped Being My Own